A damaged sewer pipe can be any homeowner's worst nightmare. If a sewer pipe is damaged by rust or tree roots, or bursts because of blockages or structural faults, raw sewage can leak into the surrounding soil and concrete, causing widespread contamination.

Unfortunately, having a damaged sewer pipe excavated and replaced by plumbing professionals can be overwhelming. If your property has a damaged sewer pipe, relining may be a viable alternative to pipe replacement that can get your sewer line up and running as soon as possible.

What Is Pipe Relining?

Pipe relining is a unique pipe repair method that is used to repair damaged pipes from the inside and can be performed without excavation. Before the relining process begins, a specialised camera attached to a flexible rod is inserted into the damaged pipe, allowing the camera operator to inspect the damage and determine whether relining will fix the problem.

Next, a flexible pipe lining made from synthetic fibres (such as polyester or fibreglass) is inserted into the damaged sewer pipe. This liner is impregnated with a semi-liquid resin. Once the lining has reached the damaged section of the pipe, pressurised air is blown into the lining to inflate it, until the lining matches the diameter of the sewer pipe.

At this point, chemical reactions are used to harden the resin contained within the new pipe lining. Depending on the type of lining used, the resin can be hardened by exposing it to hot steam, or UV light produced by special lighting rigs which are inserted into the pipe. Once the resin in the lining has fully hardened and set, a watertight and durable 'inner' pipe is created, repairing the damaged sewer line.

Is Pipe Relining Better Than Replacement?

Choosing relining services to repair your damaged sewer pipe can have many advantages when compared to pipe replacement. For starters, both material and labour costs are usually significantly lower. Relining also takes less time to achieve than excavation and replacement, especially if your home's sewer line is buried relatively deep beneath your property.

Relining is particularly useful if the damaged section of the sewer line is contained within your home's foundation slab, or is buried underneath a thick layer of concrete or rock ballast. Excavating pipes in these awkward locations can be enormously expensive and time-consuming, and you may need to leave your home while the disruptive work is carried out.

However, pipe relining can only be used if the damaged sewer pipe has retained its shape, and has not been too severely damaged. If a sewer pipe has completely collapsed (a common occurrence if the damage was caused by corrosion or earth tremors), relining will be ineffective, and the pipe will have to be excavated and replaced. Tree roots growing into the pipe can also rule out relining.

To learn more, reach out to domestic plumbing services. 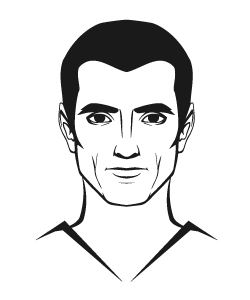 Four Ways A Plumber Can Help You With Stormwater Drains
5 January 2023
Stormwater drains are an essential part of a home's infrastructure. They allow rainwater to drain from the roof, driveway, and yard into a stormwater …

What Are a Few Reasons Why You Might Be Dealing With a Blocked Shower Drain?
6 September 2022
When your drains and plumbing are working like they are supposed to, then you should not have to worry about water not flowing out of the drains in a …

Underground Water Leak Detection: Your Questions Answered
26 May 2022
A leak could cause a significant amount of damage to your property. Not only can a leak lead to water damage, but it can also increase your utility bi …